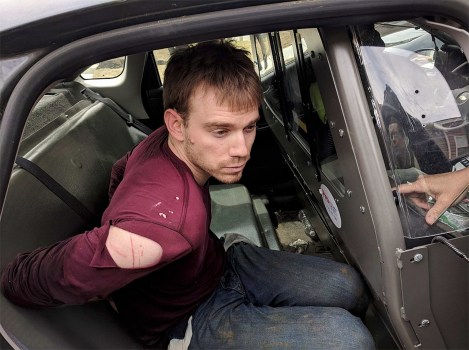 Nashville-TN- The man that killed four people at a Waffle House is now in custody.  29-year old Travis Reinking opened fire and killed four people.  Police are unsure on why Reinking opened fire in the first place.  They think it may be due to mental issues.  More than 100 police troopers have been going door-to-door and looking in wooded areas for the suspect.  Days before the incident, Reinking stole a BMW; police found the stolen vehicle, but it didn’t link him to the suspect.

The four people that were killed were of different races; three were African-American and the other was Hispanic. Reinking was involved in other incidents such as in May of 2016, he told Illonois police that singer Taylor Swift was stalking him and hacking his phone.  He agreed to check into a local hospital for an evaluation.  Then last June, Reinking jumped into a community pool wearing a pink woman’s coat over his underwear.  Then last July, Secret Service arrested him for trespassing and entered the White House.  He said that he wanted to meet President Donald Trump.