Home › Entertainment Newz › Was Blac Chyna Wrong for Her Actions at Six Flags?

Was Blac Chyna Wrong for Her Actions at Six Flags? 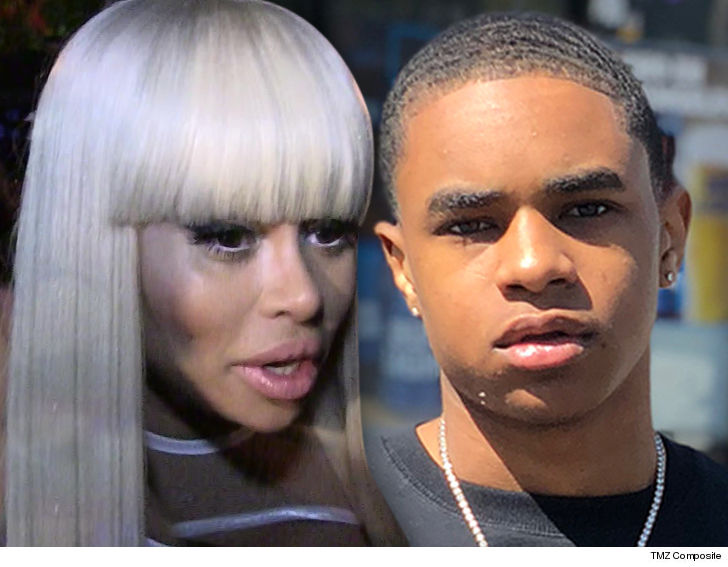 The news with Blac Chyna and 18-year old boyfriend YBN Almighty Jay is surfing and eating the internet sites like crazy! Of course by now, I hope you all have seen the video of Blac Chyna’s rant and out-of-character rant at Six Flags while enjoying herself with her kids and boyfriend.  I’m not going to repeat what happened; you can simply visit http://www.tmz.com to read the detailed story.  But yoooo, really?? I understand trying to protect your children from danger and harm and yes that’s totally fine, but when you get buck-wild and show your “ghetto” side, it can be very messy. Now hear me correctly that I felt Blac Chyna was only trying to protect Dream, but it turned almost into a deadly scene.  If you don’t want people touching your kids, just simply tell them “Please don’t touch my child or children” in a nice respectful way.  But nahhhhh, Blac Chyna decided to show her ghetto side and tried to “swing” the baby stroller at the victim (who is 18 years old and came forward)  I mean by watching the video, the girl did called Blac Chyna a hood rat and that’s what sparked a fuel in Blac Chyna to go beat her butt!  So the real question is, “Is Blac Chyna in the wrong for checking the random chick about touching her daughter without permission?” In these days and times, you don’t touch NOBODY’S child unless you have permission to do so!  But the whole stroller situation was a bit insane, because now new news has been confirmed that  a stroller company she was collaborating with called “Momiie” has now been terminated according to The Hollywood Unlocked website.  After the stroller incident used as a weapon was the final last straw and pulled the plug with Blac Chyna.  SMH.  First her sex tape was leaked and now this! When will it be over?  Not only to mention that her EX Rob Kardashian wants to take her to court and try to reduce child custody for Dream.  A lot of people agreed that Blac Chyna should have handled the situation in a better way.  It would have made things a lot better in my opinion.

Then to have your boyfriend try to jump in and allegedy punched the victim in the face? (according to the 18-year old known as Sexxii Lexxii on Twitter)

So Rob is thinking about having some rules for Blac Chyna and her boyfriends she has that they aren’t allowed to be introduced to the kids unless the relationship has been solid for at least six months.  I totally agree with that new solution.

So after doing some more research of the story of Blac Chyna and the stroller incident, I come across this video that now the victim has CHANGED up her story when she talked to TMZ! We got the official receipts and the exact words of this victim claiming “she slapped the Dog S*** out of Blac Chyna!” I’m not sure if Blac Chyna should sue this young chick but now I’m wondering why she changed up her story? Lawwddd, I’m getting stressed reading all this mess Blac Chyna has stirred up and not to mention, her young boo thang is caught in the middle defending his boo no matter what the wrong she has done.